JSSTICE is a pioneering training institute

Established a quarter-century ago by His Holiness Jagadguru Sri Shivarathri Deshikendra Mahaswamiji, the benevolent 24th Pontiff of Veerasimhasana Mahasamsthana Math, Suttur to fulfil the desire of his predecessor. It has been serving the brilliant and promising youngsters aspiring to join the civil services (IAS, IPS, IRS, etc.) of the Union of India and the state of Karnataka. So far it has trained 2,473 candidates of whom 403 have been successful and they are serving the country as officers IAS, IPS, IRS and KAS officers state Government. A total of 211 have selected so far Civil Service of Government of India and 192to Karnataka State Civil Service.

His Holiness Sri Shivarathri Deshikendra Mahaswamiji has most generously invested huge sums of money in building the excellent training infrastructure for the JSSTICE. Situated in the centre of the prestigious Jayanagar area of Bengaluru city, JSSTICE boasts of an extensive building allotted by His Holiness Sri Swamiji on the second floor of the JSS educational complex. It is easily accessible from all parts of Bengaluru. 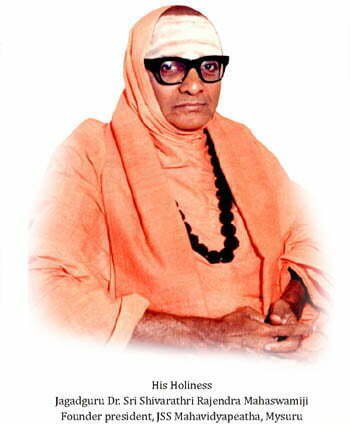 His Holiness Rajaguru Thilaka Jagadguru Dr. Sri Shivarathri Rajendra Mahaswamiji was born in 1916 at Suttur, a village situated on the banks of the holy River Kapila, about 28 km from Mysuru city, Karnataka, India. Suttur is the holy seat of Sri Jagadguru Veerasimhasan Mahasamsthana Math which has a history of more than one thousand years. His Holiness is the 23rd Pontiff in this holy tradition.

From a young age, with his acute perception and interaction with the rural populace, His Holiness acquired an insight into their social and economic problems that plagued them. These created in him a burning desire to find solutions. In this endeavour, His Holiness traveled to Banaras (Varanasi) to continue his study.

But on the persuasion of his predecessor the 22nd Pontiff of Suttur Math, His Holiness Jagadguru Sri Shivarathreeshwara Mahaswamiji, popularly known as Manthra Maharshi, which was also endorsed by His Holiness Sri Gowrishankara Mahaswamiji, Pontiff of Sri Panchagavi Math, Mysuru, a well known scholar at Banaras Hindu University, Sri Rajendra Mahaswamiji changed his decision and came back to Mysuru with an inner urge and eagerness to serve the mankind.

His Holiness realized that educating the poor was the best way to enable them to tackle their problems themselves. At that time, educational facilities were few and far between in rural areas and beyond the reach of the impoverished rural poor. His Holiness, therefore, accorded great importance to serve the poor, a majority of whom could scarcely afford even a single meal a day. In the beginning, he established many free hostels and educational institutions for spreading education and awareness among the poor. While doing so, the Swamiji gave due importance also to unemployment and other daunting problems of the society. Thus, the idea of the JSS Mahavidyapeetha (JSSMVP), Mysuru, was conceived to tackle these problems through a more organized framework in a well thought out and planned manner.

The Swamiji with his implicit faith in God created an organization with excellent capabilities, to think, plan and execute his ideals. He achieved great success in whatever he undertook and accomplished so much in his life time.

His Holiness was indeed an incarnation of selfless service to mankind. He dedicated every minute of his life for over five decades for serving the society selflessly. He set exemplary standards in the service of society in general and the poor in particular in keeping with the lofty ideals and values enshrined in our holy scriptures of yore.

His Holiness merged in divinity on the 6th December 1986, blessing his successor to continue the glory of this great institution.

Our expertise lies in the team of experienced self-eminent teachers and mentors drawn from the ivy league universities, colleges and educational institutions throughout Bengaluru.

Our classrooms are well equipped with the latest advances in educational technology. With better visualizations and better learning skills and methodology.

We host a well resourced library with invaluable books and study content to get best prepared for your competitive examinations.

Our training center hosts state-of-the-art facilitation and free resources to upscale for your competitive exams.

We have a seat for everyone! Our accommodation hosts a large campus and classrooms for inviting aspiring students to study with ample resource facilitation.

Our two students' hostel facilitation adds a daily living opportunity in the campus. Ideal for students from afar saving time and costs of travel or mobility.

Message of His Holiness 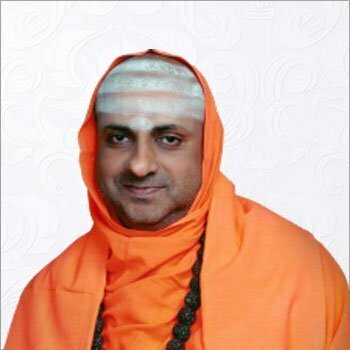 JSS Mahavidyapeetha has undertaken a huge responsibility of educating the poor masses and bringing about social transformation, especially in rural Karnataka. Being a frontrunner in taking up social causes for redressal through philanthropy, it has achieved several milestones in establishing nearly 300 institutions across the country and abroad.

His Holiness Jagadguru Dr. Sri Shivarathri Rajendra Mahaswamiji, founder of JSS Mahavidyapeetha, passionately pursued, against heavy odds, the dream of providing education to the poor and downtrodden rural people. The infinite compassion for the underprivileged could not be fully realized during his earthly sojourn. One of his greatest desires was to provide state-of-the art training facility for those who had the desire to join Union and State services but lacked opportunity and could not afford due to lack of means. JSS Training Institute for Competitive Examination (JSSTICE), established in Bengaluru in 1991, is the result of that long-cherished vision of His Holiness Swamiji. It was basically aimed at drawing and harnessing many a young talent aspiring for civil services, and instill in them the required self-confidence through rigorous training so as to meet the challenges.

In the last little over two decades, JSSTICE has carved a niche for itself as one of the pioneering training centres for Civil Service Examination in South India. JSS Mahavidyapeetha dedicates itself to realize relentlessly, ideals so close to His Swamiji, in the days to come as well. Jsstice has trained more than 5000 aspirants ,of whom 409 have been selected for IAS/IPS/IRS/KAS services.